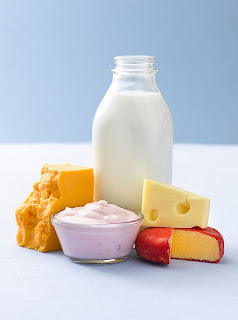 Some people dream about dying, being chased, chocolate, sex, drugs, and God only know what else. Well I have food dreams. I have dreams about milk and cheese and ice cream. I dream that I am cooking and eating Fettuccini Alfredo, gooey cheese filled Lasagna, Baked Brie on crackers, creamy mac and cheese and eating an entire tub of cherry vanilla ice cream.

Why do I have such dreams? Because I am lactose intolerant and can't eat dairy. It's a travesty. I mean I'm Italian for Goodness sake. It's kind of my birthright to eat cheese. That's what Italians do. They eat cheese and drink wine. I can do neither. Sometimes I feel Like I'm a "fake Italian" and my Grandma is rolling over in her grave right now saying "Oh Mio Dio." (That means oh my goodness in Italian). She used to own a bakery in Rhode island and when we would go up to visit, we would get to help her make the famous Whandi's (light pastry dusted with powdered sugar), prune Danish and my favorite butter balls. I could eat a whole paper bag of those cookies and only later would I realize that a buttery cookie in becomes a buttery cookie out.

And worse my daddy grew up on a diary farm. Can you believe that? His baby face graced the glass milk jugs. My daddy played with cows daily, won prizes for his cows in fairs and even at one time wanted to be a Vet. Milk was not only a staple in Ruotolo family meals, but it was what put food on the table back in the 1950's, and I can't drink it, not one little sip. If I did, I would be chained to my bathroom for hours in a milk-induced agony that I hope none of you experience. 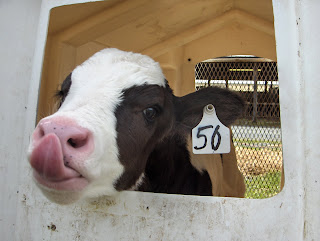 A few weeks ago the coffee shop I think accidentially made my raspberry latte with milk instead of soy. It was a painful evening to say the least. I realize that even though I can't eat cheese or dairy, I still find myself scanning the cheeses at the specialty market or drooling over yogurt, which now comes in a shit load of delicious flavors. Bummer. I find myself in lala land over the triple cheese pizzas just waiting to be taken home and baked to a golden delicious masterpiece of cheese heaven.

The other day during my two hour shopping trip to Wal-Mart, I was pushing my cart past the cheeses stopping briefly to say hello and buy my boyfriend his usual sliced Kraft cheese and there is was bathed in glorious light from the heavens. It was Cabot Cheese and I remembered at that very moment that a few weeks ago someone told me that Cabot cheese was lactose free. I grabbed a brick of sharp white cheddar like a person who has not seen food in weeks and scanned the contents and right there in beautiful sensual letters it said "Lactose Free." I wasn't sure if I wanted to cry or scream to the heavens "holy fucking Cabot." There is a God and he loves me. But it was Wal-Mart and I thought that was innapropriate so I quickly dialed my mom's cell and blurted out the good news. I grabbed just one brick because though it said lactose free, I was still skeptical. I went home and I must have held that brick of cheese in my hands for minutes thanking the heavens and cows in Vermont (strangley my mom's home state) for making this glorious brick of love.

It took about a week before I have an evening free to test my heaven brick of Cabot for the true lactose test. I was going to make pizza and layer on the cheese thick enough to make a golden, delicious pizza that I had dreamed about. I also needed to make sure that I was not planning on going out anytime soon just in case Cabot was wrong. I watched like a two year-old waiting for Santa to come as the Pizza baked in the oven. I added pepperoni and mushrooms and watched as the moments ticked by on the clock and twelve minutes later, I pulled out my masterpiece pizza. It looked incredible and both Craig and I devoured it. It was delicious and cheesy and almost orgasmic, yes I said that. I was in love with cheese. I was in love with Cabot. It was a moment I had been waiting for for so long that I could have napped afterwards because the experience was so intense.

About 45 minutes later as I was still reeling from my pizza experience, my stomach starting making funny noises. I knew what it was saying. It told me "what have you done to me?" And a few minutes later and for the next forty-five minutes, I was once again sitting on my porcelian throne in pure pain and agony. I was in so much pain I thought I might cry and I once again talked to my stomach apologizing for giving it the Cabot cheese and I promised that I would never, EVER do that again for as long as I live. My earlier moments of cheese bliss were replaced with bouts of toliet hell. It was awful and now I have to go back to my dreams, for that is the only place that cheese and I will be one again.

I wish they make epi-pens for lactose intolerant people like me. Now that's an idea!
Posted by cruotolo1978 at 5:27 AM

It's truly very difficult in this full of activity life to listen news on TV, so I simply use the web for that reason, and get the most recent news.

Hi there, its fastidious article about media print, we all be familiar with media is a fantastic source of data.

I've been browsing online more than 4 hours today, yet I never found any interesting article like yours. It is pretty worth enough for me. Personally, if all web owners and bloggers made good content as you did, the net will be a lot more useful than ever before.

Here is my web site :: look what i found