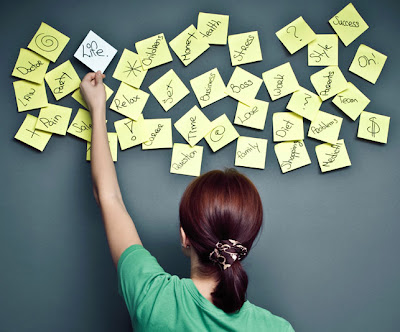 Today I had a daymare. What you ask is a daymare. It's like a nightmare, but since I never sleep it's a nightmare that happens in the middle of the day.

This morning, I was totally exhausted from no sleep last night and after drinking a cup of hot tea followed by a cup of coffee, I was still feeling drained. Trying my best to pay attention to the task at hand, but off in this drift-away land, it happened. A minute ago I was typing and working on brochures and then moments later, my leg tapping the side of my desk was the daymare. I was now wide awake, half jittery from the coffee and scared as hell!

A horrible, realization came over me and I realized that if my boyfriend were to ever leave me for another woman, I would be single and in flashing lights I saw my classified ad in the singles section. My mouth flew open; I let out a gasp and became totally freaked. I thought to myself, this can never happen, ever!!

It read like this
"Single, mid-thirties, likes short walks on the beach, back massages, caffeine, regular doses of pills, likes complaining, and enjoys food as longs as it's doesn't make me shit. Also likes sex as long as it's in the position I desire, hot bubble baths and long, luxurious naps. Dislikes sitting too long, going out, hours of sex, working, being responsible, staying up late, doing drugs, drinking, running, exercising and chores."

It was in this daymare, that I realized if I were ever single again, I would have not one, but at least twelve strikes against me.
So it was apparent that I would never get another man and as I sat there newly awakened from this daymare, I wanted to cry.

I never used to be that person. I mean, I never saw myself over thirty, let alone, over thirty, un-married, no kids and living with not one, but two chronic illnesses. And now here I was with this huge, fat reality check on my forehead staring me in the face. The face where, just a few weeks ago, I found a hair growing from my chin and several new gray hairs that emerged from my "needs to be dyed" hair.

I know some people say that being an adult and being over thirty sucks, but this is freaking ridiculous and I think I would rather have nightmares, because at least when I wake up from them, I can go back to sleep, and sometimes you forget them all together, but with daymares, It's only 11am and I have six more hours of work to do and lots of deadlines.
Posted by cruotolo1978 at 5:07 PM

Christina - I know you...and I can honestly say that as wonderful a person as you are, you would have no problem finding someone who would not only love you, but probably someone who would love to take care of you and give back to you in the way that you give to so many other people. You can put that "daymare" right out of your mind. It is NOT reality.

I agree with both comments above!

Try that daymare when you have a 50th bday looming on the horizon with one exception I have another strike I am on my third marriage.