The Best Invention Ever! 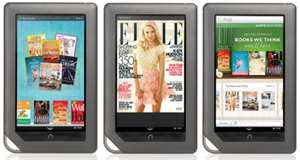 When I am stuck in the bathroom for one of my triathlons, I usually turn to the old stand by, a magazine or book to pass the time. I used to get a lot of magazine subscriptions and the money was well spent. I read alot of them this past year, and last year I decided to get subscriptions to magazines like Time and National Geographic to actually learn things instead of just reading trashy gossip magazines. I am so tired of hearing about J-Lo's backside, Ashton's break-up and the Kardashians, even my ass is tired of hearing about them all.


I decided that I would finally cross over to the other side. I bought myself a Nook Tablet for Christmas. I raced home, opened the box and downloaded a boat load of apps, like Angry Birds, Scrabble, Solitaire, Poker, Showtime, Netflix and a whole bunch of great books. 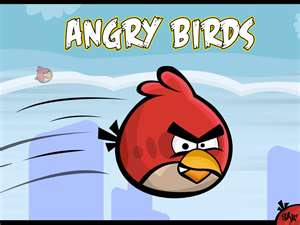 I was now armed with a whole new arsenal of things to do when stuck in the bathroom. I was so excited, when I found myself stuck in my first bathroom visit with my new Nook, I wasn't sure what game I wanted to play first, so I started with Angry Birds.
Thirty minutes later, I had been done in the bathroom a few minutes earlier, but I was so engrossed in my angry birds game, and now totally addicted to this game. I actually didn't get up right away because I was in the middle of my game. I scored over 60,000 points during my first bathroom trip and now I'm totally addicted to my Nook. I can now play games, watch Showtime, Netflix movies or read a book, all in the comfort of my bathroom.
Totally AWESOME!

My magazines are now collecting dust and maybe so is my brain from the seven hundred games of Angry Birds I have already played, but I am happy to tell all my IBS friends and my Fibromyalgia friends who are stuck in bed, that there is a God and he loves us, so he helped develop the Nook. It's our new doctor's assistant.

I take it everywhere I go and it's great for all the times I am stuck in the doctor's waiting room, wondering why all the magazines are five years old or wondering why there aren't any at all, and I feel special because I have a Nook. So, I suggest for all you out there suffering or those unable to leave your bed due to chronic illness, that you buy a Nook.

It was money well spent and now even though I still frequent the bathroom multiple times a day, It's not as annoying as it used to be. I was talking up the Nook so much to my other sick friends, that I think I could make the next commercial for the Nook and tie it in with chronic illness. So here goes my jingle.

OK, so that was extremely corny, but you get my point.
The Nook is great and I can't wait to play some more angry birds later.
Posted by cruotolo1978 at 11:48 AM

I love my e-reader (it's a Cruz and I read on Kobo) and I have to confess that it does go in the bathroom with me... --guilty giggles--